I wanted to take a moment to address the issue of the ALA book haul video I uploaded to Youtube (which I have removed) and subsequent discussion surrounding the acquiring of ARCs at ALA (and for the most part industry events as a whole, although ALA is the first one I have attended). On the subject of book hauls in general, I personally love watching them. I think it's so fun to see what others are reading and to take notes of titles that look interesting. It's also a great way to connect to other readers and to talk about or showcase books in an efficient and creative way. The reason I started this blog was to share my love of reading (and fashion) with others and to hopefully inspire someone to seek out titles they might otherwise not be aware of. I participated in World Book Night this year for this very reason, and I hope others would share my enthusiasm for books and encourage others to also open a book and ignite a world of imagination.

ALA was the first event of this kind that I attended, although I have gone to large events such as SDCC in the past (which has, in recent years, been providing more and more panels from publishers) so I am accustomed to making the most of the limited time you have at events such as these. I certainly don't feel entitled, but I do feel lucky to have been able to attend this event for the first time. It's been difficult to see so many bookstores closing and it's becoming increasingly more difficult to be able to learn about upcoming titles (and not just big name titles) on a firsthand basis. I enjoy being able to talk to the representatives at the booths about the books they are offering and which titles might be of interest to a reader. I admit that I was a bit hasty in my approach to tackling the exhibit hall. I made a schedule prior to the event so that I would be able to hit the booths that had my favorite authors so I would have the chance to talk to them and to get the books that I brought, picked up or bought onsite signed. I also made a list of upcoming titles I was interested in acquiring, as well as additional books others had expressed interest in having me pick up since they could not attend. My goal was to network and to have the opportunity to get books into the hands of those not fortunate enough to attend events such as these.


How did I acquire the books?

I want to be clear that I neither pushed, shoved, bit, punched, or otherwise invaded anyone's personal space in order to take a look at and decide whether or not I wanted a particular book. I had a carefully made schedule which I created prior to the event based on the online schedule and from contacting authors themselves via Twitter, and I rarely deviated from this schedule, especially for authors I was really excited to meet. Almost all the titles I picked up I had to wait in line for, which to me is sometimes half the fun (you meet the most interesting people waiting in line!). Many of the titles provided to attendees were handed out upon passing booths, sitting in neat stacks on the floor, or given out when one inquired about forthcoming titles. Some of the acquired titles were not books I would, at first glace, go for at a book store. Publishers were out for a lot of the titles handing out books as you passed and encouraging you to take a copy and to get your book signed so you could talk with the author and become interested in something you might not ordinarily think to read. Some of the booths were also selling their books, so I also purchased titles. In addition to that, I brought a bunch of my own books to get signed, books I had previously purchased and which I included in the book haul to show how awesome it was that so many authors were available to talk literature for the weekend.


Where do my books go?

I donate a lot of ARCs to my local libraries, small used bookstores (which are becoming more and more of a rarity), giveaways for fellow readers, used as additional book giveaways for World Book Night, and also to my friends who are teachers so they can give copies to their students (both high school and middle school).. I loan or give copies of books to friends and family, especially since many people I know have been heavily impacted by the current economic state and sometimes can't afford to buy books of their own. I do keep the ones I really enjoyed and know I will return to to read again, or I buy the finished copy when it comes out and hand off the ARC to someone else (because let's face it, I prefer hardcover copies over paperbacks!). My ARCs are never sold online or in stores for profit, although I have seen this trend in smaller bookstores and in library bookstores.

This was actually my first Youtube upload, although I have done book hauls in the past for things I have bought or received as gifts. I had initially put a "moderate comment" lock on the uploaded video because I have seen other's videos where people post completely unrelated and rude comments to either the user or to other people posting comments. As a clarification, I alone run my blog, and the titles shown in the video were obtained in the manners mentioned above. I had hoped that someone might see the video and become interested in one or more of the titles being shown. In addition to this, many of the titles shown had already found their way into the hands of others starting the day after I had filmed the video and had time to sort through the titles into appropriate age groups. Did I keep some titles? Absolutely, and I intend on reading and reviewing the remainder of the titles on my shelf in the coming months, most likely with grouped giveaways posted with each review (to save on shipping costs).

I don't contest the idea of having an industry member only event, or even having an exhibit hall day pass for nonmembers. These kinds of issues are brought up year after year at all sorts of conferences and conventions, but I assume the organizers of said events are taking into consideration the feedback of its attendees and are organizing to accommodate as many people as possible. When it comes down to it, whether you are a librarian, bookseller, casual reader, blogger, or industry professional, we all share a love for books and for spreading the love of reading to others. I strongly feel that that is the reason we have chosen to spend so much of our time reviewing titles and promoting upcoming books. Have a great day, and happy reading!
Posted by The Lost Lola at 12:08 AM

Email ThisBlogThis!Share to TwitterShare to FacebookShare to Pinterest
Labels: ala

The Lost Lola
I am a bookseller who has an addiction to books, particularly YA novels. I also have an addiction to tea, macarons, fashion and beautiful things, and often find my literary world and couture world overlap. 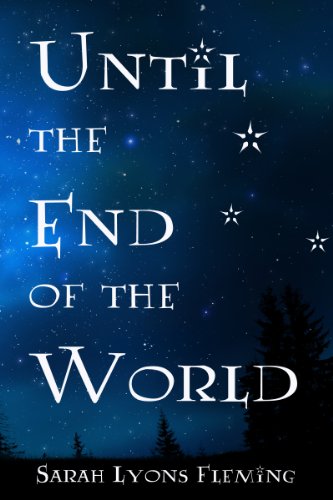